What It’s Like Being A Sex Worker: Meet Jacq The Stripper 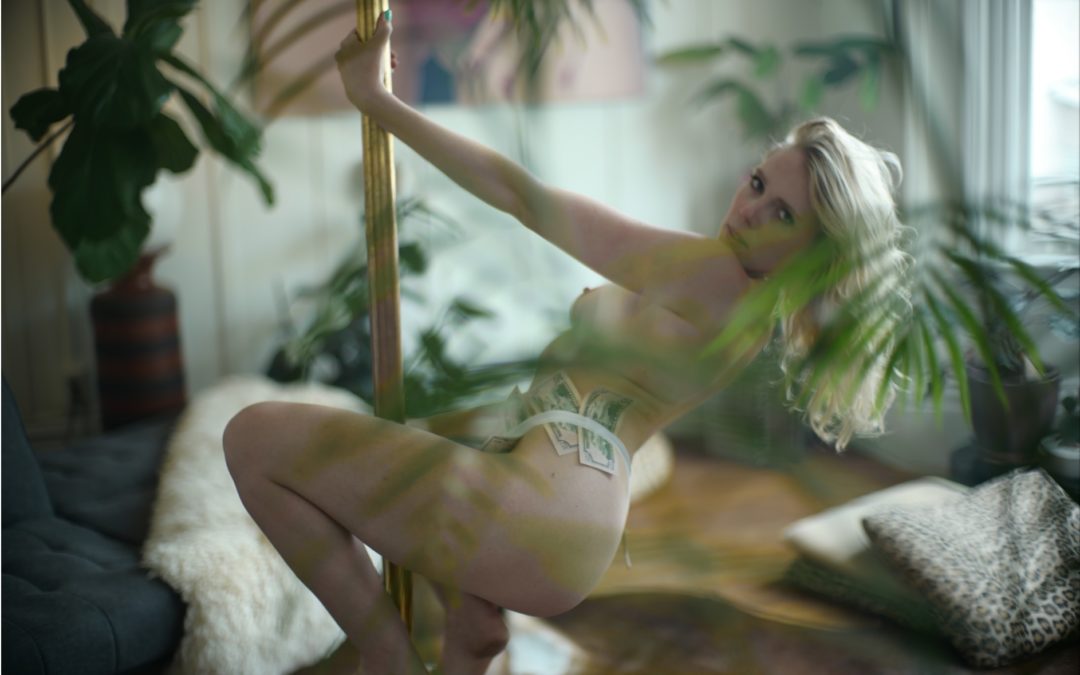 We are beyond thrilled to partner with writer, comedian, artist and yes, stripper, Jacq the Stripper this month! We have so many fun things in store for you — from her takeover of The Wall on July 11 to A Night of Wor$hip, our first ever Pop-Up Strip Club to benefit SWOP Behind Bars on July 16. Oh, and you’ll find an assortment of Jacq’s highly coveted limited edition apparel and books available from July 11 on at the studio shop. Keep reading for an exclusive interview with Jacq, discussing her life as sex worker, among many other things. And follow her highly entertaining, addictive and informative Instagram for more!

Nice to meet you! Tell us a bit about yourself:

I am a stripper, writer, comedian and an artist. I started stripping almost a decade ago. I was in Sydney, Australia, broke as a joke, and the moment I stripped for my first stranger I was hooked, and particularly compelled to write about it, because it wasn’t at all what I thought it was going to be. I thought it was going to be a sad, dark and desperate experience but it wasn’t. I was in a much darker place when I worked my corporate job in advertising (I didn’t last long). Getting cash for being a naked woman is so validating. Needless to say, it changed my life.

How did you get into dancing/performing/stripping?

I’ve always been an entertainer. My proudest moment as a child was a dance recital when I was 4 years old. I was wearing purple, orange, and sequins, and I danced to Alvin and the Chipmunks “Twist and Shout.” As I grew up, I never thought that being a professional dancer was possible for me because it seemed so competitive, not to mention the pressure to remain impossibly thin intimidated the hell out of me.

I pursued dancing as a passion and a hobby and didn’t think much of it beyond that. But, when I moved to Thailand (after I had quit my job in ad sales) I was a stock photography model, and I got a job at a restaurant go-go dancing at a dinner theatre. My job was to show up, assemble a costume from the costume trailer, and entertain people having dinner. It was as cheesy as it sounds and I loved every minute of it. It made me realize, “Wow. I am actually making a living as an entertainer, dancing – doing exactly what I thought was out of reach for me” — and it kind of changed my perspective on what it can mean to work, to live and to dance. I realized that you can make a living if you’re creative, and that you can do anything on your own terms. It won’t look like what you think it’s gonna look like, but with a sprinkle of ingenuity and openness to experience, anything is possible.

I eventually left Thailand (I got in a motorbike accident and took that as a sign that it was time to go) and moved to Australia. When I got there, I worked as a bartender for a few weeks but was insulted by the no-tipping culture (you get paid a much higher hourly salary, but that’s not what turns me on! I like cash in my hand at the end of the night) So I became a stripper.

When people make the argument that ‘sex work isn’t work,’ I challenge them to define work. Work is getting money for a thing you do. Stripping has been a lot of things for me. It’s intoxicating and fun, but also exhausting and wildly unstable. It’s important to celebrate how hard sex workers work. It’s not just about showing up and doing a job, it’s also about the hundreds of hours we put into training, research, maintentance (so much fucking maintenance) and learning how to run a business that is your own body.

What eventually brought you to NYC?

A stripper in Melbourne told me I should go to New York because I would “make a lot of money.” So I came here for the summer, made no money, but I met the woman I would eventually marry, so I stayed. I worked at a bunch of dumpy strip clubs, which was immensely character-building. It took four years to get hired at the better clubs. It’s a pretty typical New York story: I came to make it big, and strike it rich, but instead got my ass handed to me. The summer I moved here, I could barely cover my rent and had to endure pretty awful labor conditions. Strip clubs in New York are famously shitty to their dancers. But I was resolved to persevere. I worked the day shift for a while, where I learned a lot about being an active listener. I also met a once-famous comedian during that time, and he was the one who inspired me to pursue comedy. The New York struggle is universal and it builds us into the creative hustlers that we are.

How does sex work influence your comedy?

They both influence each other. I couldn’t be a stand-up comedian without having been a stripper first, and I don’t think I could stay in stripping as long as I have if I didn’t have an outlet to rant and rave about the endlessly questionable situations in which I’ve found myself. You deal with so much shit (not just at the strip club, but also from society’s lack of understanding and respect for who sex workers are and what we do) and comedy offers you this place to put all that energy in a fun and easily-digestible context. Comedy is a great way to educate and inform without sacrificing the razzle-dazzle, which I cannot live without. Glitter is integral to my survival on this planet.

How did you become an artist?

I wrote a book called The Beaver Show about my first year as a stripper, and nobody cared. But I wanted to get my story out there, somehow. I was just starting to use Instagram, and I found this woman who started this challenge, The #100DayProject. The idea is, do one small and manageable thing every day for 100 days. And so every day for 100 days I wrote down a quote from someone at the strip club. Then I started adding drawings and eventually realized I had created a comic. Other strippers started sharing them, and that’s what put me on the map. I decided to self-publish The Beaver Show, and when it came out, everyone was like “oh I thought this would be a comic book” and I was like “no, I poured my life and soul into this for four years, the comics are just a new thing I started doing six months ago.” But the people wanted comics and so I made another book, Striptastic!, which is entirely illustrated, with more pictures and less words. The beauty of social media is that your audience always lets you know what they want (like hats, I sell hats now because my followers wanted them. People love hats and hate reading). My watercolor work started because one day my wife came home with a watercolor set as a gift – I started playing around with them, and really enjoy it because you need to work fast and you never know what you’re going to get. I didn’t consider myself an artist until I was asked to put some pieces in the show “Sex Work Art Work” last year. I framed ten pieces, saw them in a beautiful gallery show with dozens of other extremely talented artists, and it changed my entire perception of what I do. It made me feel so legit. So now, I always tell people, frame your art even if you think it’s bad. It will change how you feel about your work which will in turn change the work you do! And now I’m having my own show, “Motivational Bimbos” here at Body & Pole!

Yes! Let’s talk about your show here! Tell us about it:

Speaking of empowering people, you’re very outspoken and have been personally affected by FOSTA SESTA. What do you want people to know about it?

Last year, 45 signed two bills that were initially written into the law to save children from sex trafficking: FOSTA stands for Fight Online Sex Trafficking Act and SESTA is an acronym for Stop Enabling Sex Traffickers Act. But the reality of these bills is that it only made sex work more dangerous. The language of the bill is so loose that it basically says anyone facilitating the sale of sexual services can be charged with a federal crime, even if these are consenting adults. It has thus made sex workers unable to advertise or screen clients, making their work more dangerous. And the online censorship of mostly women’s bodies has become almost farcical. The intention of the bill was to end demand but you can’t control demand for sex. Sex work is literally the oldest profession how do you think a bill is going to end demand. One of the ways this affected me was by getting kicked off Instagram, which is now my livelihood. The control and censorship of women’s bodies is a serious problem. If you’re not a sex worker and think it won’t affect you, think again. They are using the same tactic to come after Roe v. Wade. People need to see that sex workers’ rights are human rights. All bodies should have autonomy. But the bottom line is that sex workers have and always will be wildly resilient, and we are finally getting the press coverage we deserve – this Teen Vogue article gives me hope.

How do you align with Body & Pole?

The work we do at Body & Pole is about strengthening and empowering the body to do what you want – you have to make space for yourself to do what makes you feel strong and powerful. Your happiness is a resource and you need it to be able to contribute to making a better world. And that is exactly what “Motivational Bimbos” is all about.