Abigail Williams-Joseph on Love and Loss During the Pandemic 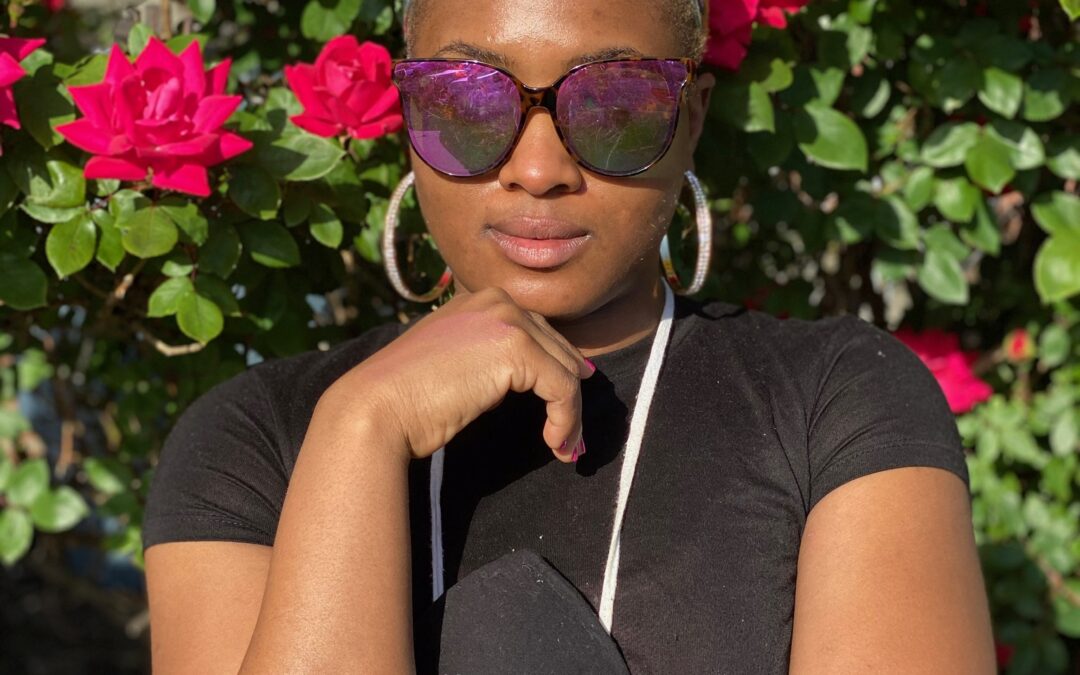 In March 2020, aerial trainer Abigail Williams-Joseph had just passed her mock class and was ready for her first official week as an instructor at Body & Pole when the entire world shut down. Then, a rollercoaster of events happened in her life. Since then, the studio has reopened and she’s become an integral member of our Management team, as one of our studio managers. Here’s Abby’s story:

One year ago, after years of work (I went from being a client at B&P to a Work-Study), I was officially brought on as an instructor! And the very next week, everything shut down. That was very hard to reconcile with. Things had just started to look up — in addition to my new role at B&P, I was also performing more and starting to get recognition. And then everything came to a halt. I remember it was March 16 and I woke up to my boyfriend (now husband), and it was a beautiful clear day, but I was like, wait a moment, it’s beautiful outside but the world is falling apart. It didn’t make sense what was happening.

What else happened in your life this past year?

This past year has been crazy — I’ve had so many changes. Not only did both my husband and I lose our jobs, he also contracted COVID-19 early on during shutdown. He was working at a school before the mask mandate, and believes he contracted it during his subway commute when someone near him had a coughing fit. The very next week, he started getting symptoms. Thankfully, I come from a family of health care workers, including a cousin I had never met before who lives here in NYC (I come from a big family!). My mom called her to help us out. Our first meeting was her coming into my apartment in full PPE to help my husband. She was working in a COVID-19 unit at the time — she gave him fluids and medicines, and left me with step-by-step details for how to care for him and hospital grade cleaning supplies for the house. She said under no circumstances to take him to the hospital unless his symptoms got significantly worse (which she defined as not being able to breathe). At that time, I was living in Brooklyn in a multi-family building with 3 other families. So we had to quarantine from the rest of the families who lived in the building. It was almost like a round the clock job taking care of him. People never tell you how hard it is being a caretaker for a sick family member. I was constantly checking him, checking his breathing, giving him medicine. At the same time, we were watching the news and learning updates right as things were happening. Our apartment happened to be down the street from a hospital and all we heard were ambulances. Otherwise, it was dead quiet. We stayed home as much as possible, ordering everything we needed online. When I was able to actually go outside and pick up supplies, I would walk by the hospital and you could see the morgue trucks. Ambulances were starting to station themselves in the neighborhood so that if they got an emergency call, they would go straight to the hospital. It was terrifying. I’ve never been so terrified and so scared in my entire life. It took my husband about a full month to recover – even after his symptoms stopped, he still couldn’t eat and he was super fatigued. I remember sitting out on my front porch steps and crying to my friends on the phone, I didn’t know what to do. It was a really tough time, but he ended up making a full recovery.

Once he recovered, and we were able to get tests, we decided to go visit his mom in Harlem. We stayed almost two weeks, and maybe two days after we left, she passed away suddenly, and what makes it even worse is that we were the ones who found her. It was a very tumultuous and difficult time, dealing with her death and planning her funeral during COVID-19 — so many people wanted to give their goodbyes, but due to the restrictions, we couldn’t have the funeral that we wanted for her. We ended up planning a small function and live streaming it so that her friends and family could join. Immediately after, David and I had to move from our Brooklyn apartment into his mom’s apartment where she had passed, and that was a super difficult transition. 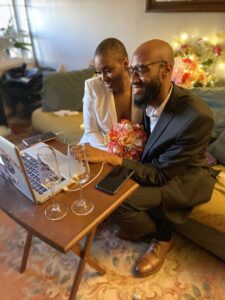 Shortly after, David and I made the decision to get married. We had been together a long time — almost three years — and the one person who wanted to see us married the most had died. So we decided to have a COVID-19 wedding. On September 19, we got married in our apartment. It was just the two of us, and Ina from Let Them Eat Cake helped us Zoom our wedding so friends and family could get involved. It was the strangest, craziest thing — whoever would have thought? 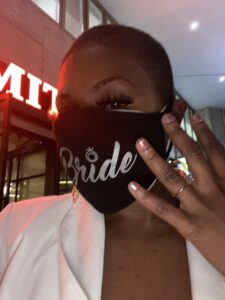 This was also a very strange and confusing time for me. We had George Floyd, Breonna Taylor, and the growing Black Lives Matter movement. It forced me to reassess myself, and I noticed that every place where I had worked had an issue with representation of Black and brown people. There is an issue when you look around and only see a couple faces of color in a company. In a sea of white people, you’re going to think that Black people are not welcome here. At the same time, B&P was just starting to reopen and Kyra called to ask if I could come back to teach and help out with some front desk things. I took it upon myself to take the BLM movement and create initiatives I wanted to implement for B&P, to protect people of color and reflect the diversity it is capable of. 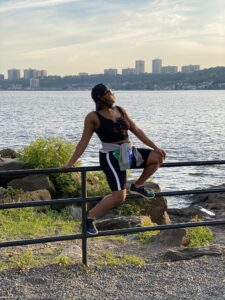 What were your initiatives?

We needed more trainers of color at the forefront, and to diversify our Instagram to represent more Black people. I wanted to show Black people teaching trainings, taking trainings, and in the Work-Study program. In my Work-Study group, I was the only Black person in my group. Even though it wasn’t intentional, it was something that I was very aware of all of the time. I was trying to break that perception – there are Black people and people with different body types in the aerial dance community. If we widen the community, there will be more appreciation and respect for pole dancers, and hopefully for sex workers, because the community will be even more representative of how diverse the world actually is. I was SO SCARED writing those initiatives! It took me a full month to write and send that email. Once I did, I held my breath. But the overwhelming support I got talking about it was insane. I sent the email and minutes later, Roz texted me, and I got calls from everyone to set up meetings. Everything from then on had been so positive that it reassured me I am doing the right thing that people are willing to listen and make a change. One of the first things they implemented was to diversify the trainers – now there are so many new faces who had been waiting in the wings. And that’s how I was brought on to management at B&P.

What was it like coming back when the studio reopened?

Coming back, to be quite honest, saved my sanity and my life. I’m a creative person and my outlet is performing. Having that taken away at a time when you’re surrounded by so much death and upheaval was devastating. It feels so good and safe to be back in the studio. We clean so much – more than we teach!! I feel better being in the studio than I do being in the subway. Just seeing people again and being creative and having that sense of community. I’ll never forget that first week, reopening and seeing people I hadn’t seen in months. Now we have almost entirely new staff, I love all of the previous instructors, but it is nice to watch all these new trainers absolutely blossom. I’m inspired by my students everyday. Being able to walk into the studio everyday, and solve problems, and teach, and help out and contribute makes me feel so fulfilled. Every day may not be easy – but I feel so supported. My mother in law was with me during the process while i was trying to become an instructor at B&P and I know if she were here, she’d be over the moon ecstatic at how far I’ve come. 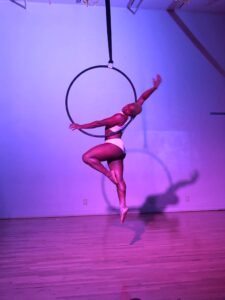 What are you looking forward to next?

It’s been a long year but I have so many exciting things that are coming up – I received a grant, and just found out I was accepted to Columbia University’s School of the Arts MFA program, where I’ll be studying Theatre Production and Management! And, now that travel is on the horizon, I’m planning a long-awaited mini-moon.