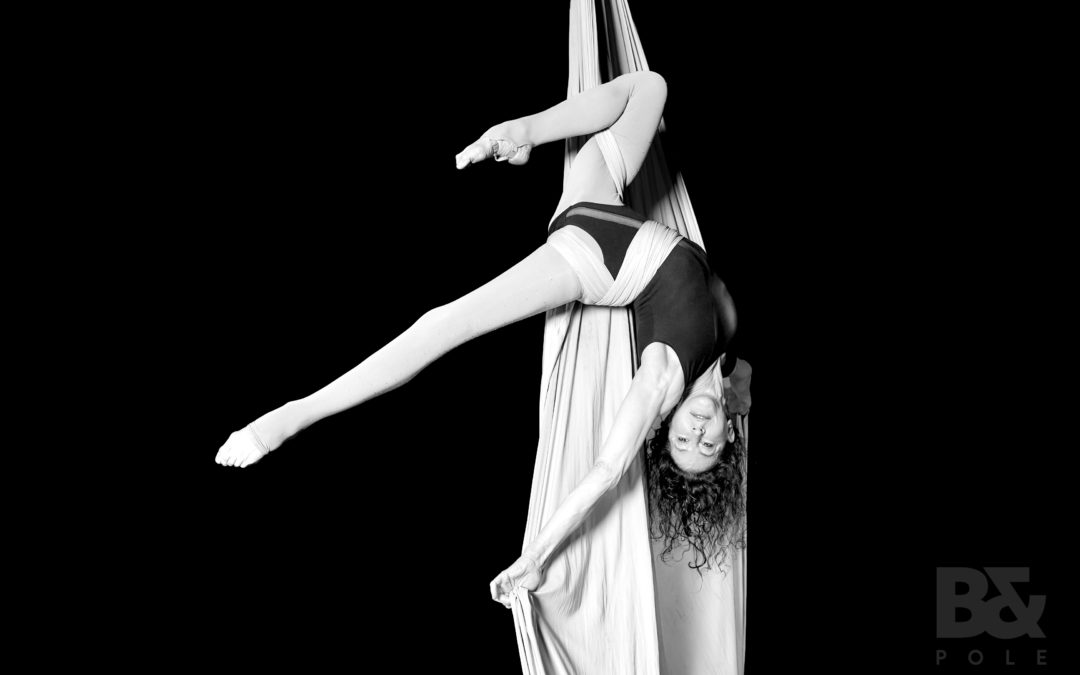 Where are you from originally?

What is your dance background and how did you discover dance?

My background is primarily in contemporary, modern and jazz. I graduated with a BA in theatre, but an influential theatre teacher I had studied with told me he thought I ought to have studied dance. He felt I was a natural mover. I would take ballet lessons when I was a child from my aunt who worked with ABT. She had a small studio in her apartment on the Upper West Side. After college I started taking dance classes at Jo Jo’s Dance Studio (which later became Frank Hatchet’s Dance Studio and later Broadway Dance Center), Luigi, Phil Black, and Janet Panetta. I also studied acro/gymnastics with Chuck Kelly and Sutton Gym. I did work in theatre for a while, until I was invited to become a company member of a dance company that one of my teacher’s had developed. That shifted my interests solely to dance.

How did you discover aerial dance?

I saw an ad in Backstage. A circus performer was seeking an acrobatic partner. I auditioned and was chosen. She began training me; my first performance was 4 months later in Augsburg, Germany. She ran an event company, so many of our events were getting larger, such as ones we performed in Lincoln Center. She asked me if I would like to perform aerial acts, and I said Yes! So, I began to take aerial classes with the only teacher available at that time, Irina Gold. I fell in love with Trapeze and Spanish Web and began performing both in our shows. (There were no silks in NYC yet). Eventually I went on to study at the San Francisco Circus Center, and with Chelsea Bacon, Terry Beeman, Juliana Neves, Alyosia Gavre, Kevin O’Connor, Joseph Pinzon, to name a few of my fav teachers.

What are some of your accomplishments/favorite shows/performances that you’ve performed in?

Flying 60 feet in the air – twice — in Madison Square Garden for Phish Concerts. One in the harness and the other in the aerial net. Performing duo acro on the Late Night with David Letterman show, choreographing and performing a 45-ft high aerial silks act for Lululemon (for myself and another performer). Choreographing for, performing aerial and dancing with Above and Beyond Dance Theatre. Performing a rope act at the Beurs Der Berlage (the Old Stock Exchange building) in Amsterdam, Netherlands, a breathtaking venue.

What is something that you’re most proud of as an aerialist?

I have pushed myself to learn difficult moves; many of my performances have included higher-end tricks.

As an aerial instructor, many of my students have gone on to become amazing performers, performing locally and abroad in high-end events. One opened her own aerial studio in Houston, Texas and created her own Aerial Dance Company. She recently sold the studio.

What is your favorite move/trick?

I don’t have one.

How do you stay motivated?

I love creating and choreographing. And continuing to challenge myself in my own aerial training.

How long have you been teaching at BP?

What is your favorite thing about teaching?

Sharing my 30 + years of experience learning, studying and performing. I never stop learning. I continue to take classes and workshops too.

What is your teaching style or how you would you describe your classes?

It would depend on what kind of class I am teaching. I love teaching technique and skills focused classes. I believe it is important to have a strong foundation for any kind of movement modality one chooses to study. I also enjoy teaching creative flow classes; when students are ready to explore space within movement.

I take a positive approach that students are capable of everything taught in a class. Eventually. When there is a will, there is a way; with patience, commitment, focus, repetition and support.

If you had to pick a quote or motto to define your attitude, what would it be?

Do what you love, love what you do and the rest will follow.